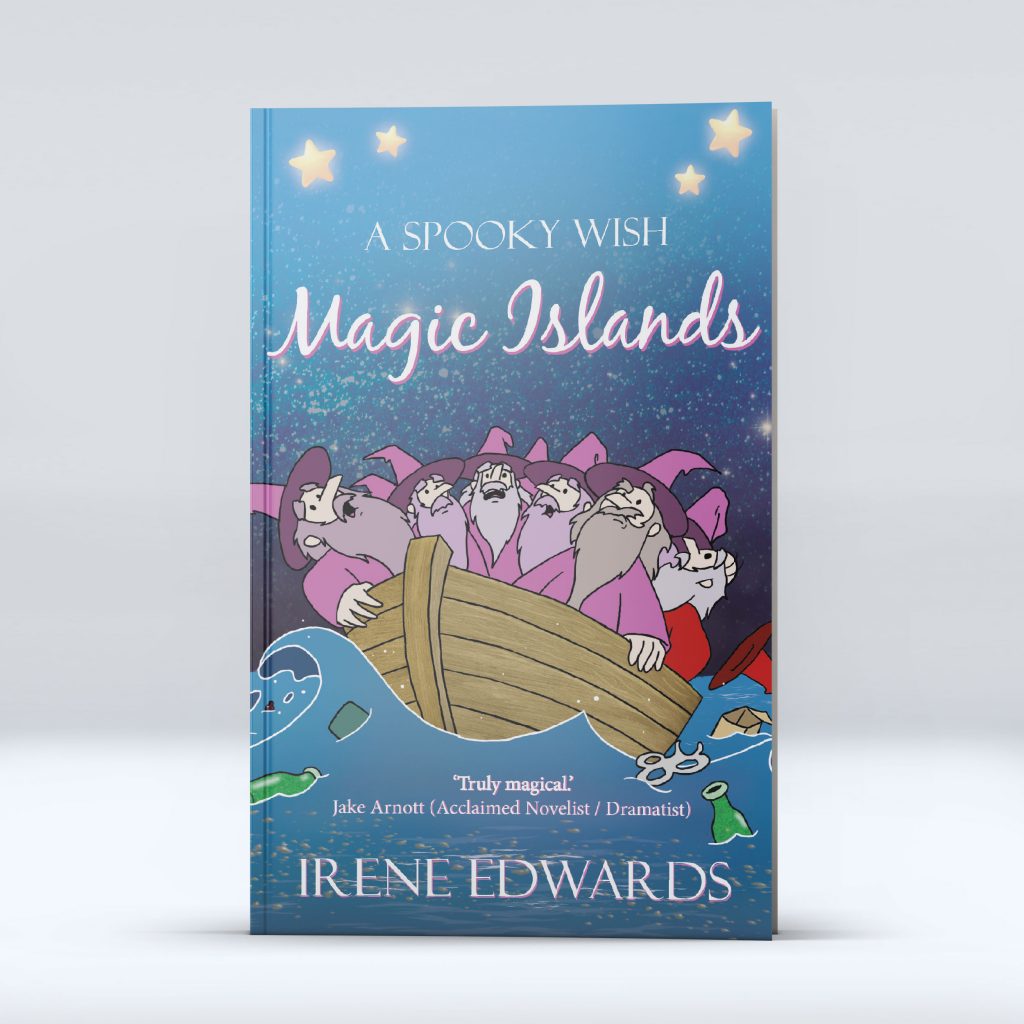 Trevor is not known for being serious. In fact, he is best known for the tall tales he spins. He is new in Wales, living with his grandparents, and making friends has been easy. His personality is one that lends itself to laughter, jokes, and many a light-hearted moment between friends. When Trevor and his pals are exploring the beach one day, something happens that changes all of their lives, and Trevor’s love of a good joke is getting in the way of his ability to communicate with the adults around him. When no one believes what you say, how do you tell them your friends disappeared before your very eyes?

The wizards and witches in Edwards’s work transport readers to a fabulously designed land of spells, castles, and absurdly fantastic beings. Page after page, the dragons and monsters continue to keep the story new and refreshing. Combined with the witty exchanges between characters, the wide array of character types makes this an all-around fantastic read for young readers.

‘…this adventure… wove a magical spell on sceptical me! I found myself-yes- ON a ‘magical’ island following assorted ‘eccentrics.’ I expect to see it in action or in animated form in due course.’ Nigel Hanson (Writer/Songwriter. Brit-Writers’ Award Winner). 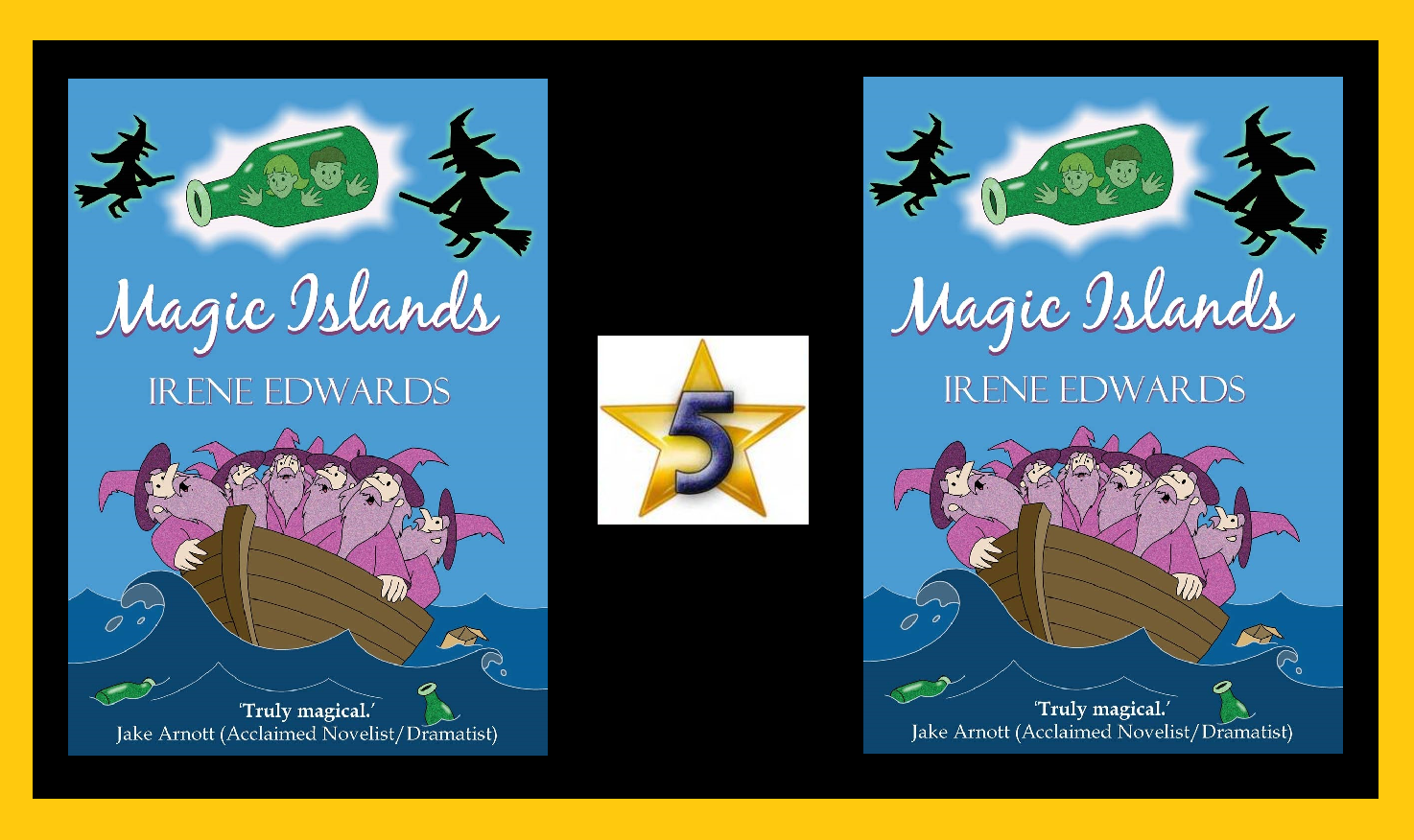 to the Magic Islands, the children feel lost and are quite unsure of their new environment. They have

meet Nester the Jester, his strange pet – a dragon named Vanhalen, Ambrosious, the Wizard of the

magical Enchanted Forest, Eglador, their guide, the Aliens of the Heavens known as the Purple Wizards,

mischief which the children witness and they are asked to solve the islands problems, capture the wizards

and return the islands to peace.

Prologue: ‘Magic Islands’ (Book One): “Somewhere along the coast of Wales, there once existed a small

group of islands. They were mysterious islands, often believed to be magical islands. Some were

mountainous and craggy, others only undulated from high to low levels, from hillside to valley.

…..The islands had few visitors, for the journeys across the seas to these islands were often treacherous,

the seas around them being moody and the pathways unclear.

…..It is said many ships had vanished in the rough waters and never returned home to Wales. When ships

returned homewards, their sailors refrained from venturing again to the islands for they feared the mighty

waves and great anger of the choppy seas. …..Ancient mariners often returned telling mystical and magical tales of having spied from a distance a

curious clan of magical dwellers on the islands.

…..But there was never any proof of such tales.

…..As time went by the islands faded and vanished and the tales of the magical islands were soon

Forgotten until now! Author Irene Edward unlocks the mysteries of these fictitious Islands.

…..“This Magical Enchanted Forest is the strangest of places,” Megan glanced through the trees as she

spoke. Hundreds of cuckoos called out their cuckoo songs tunefully. The woodpeckers were hammering

at branches with their sharp beaks.”

…..Above the children’s heads, hawks and eagles squawked eerily. But although the forest was oddly

noisy, the children became alarmed by the trees, for they were not standing still and rooted, but were

…..“It would help us if the trees stayed in one place,” Stefan said nervously. “How on earth can we keep

away from the paths, when the paths keep moving around everywhere?”

My Thoughts: This is a fun read, where character Stefan and Megan make a wish on a Conch shell found

on the Welsh coastline. Transported to the ‘Magic Islands’ by their wish, the story-line and beautiful hand

drawn illustrations come to life on the pages.