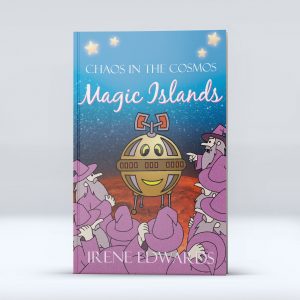 Written with much lyrical fun in mind for children, there is, of course, some serious underlying elements… those of fostering climatic awareness, and the realisation our planet is very precious to us all. 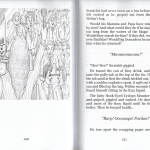 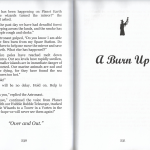 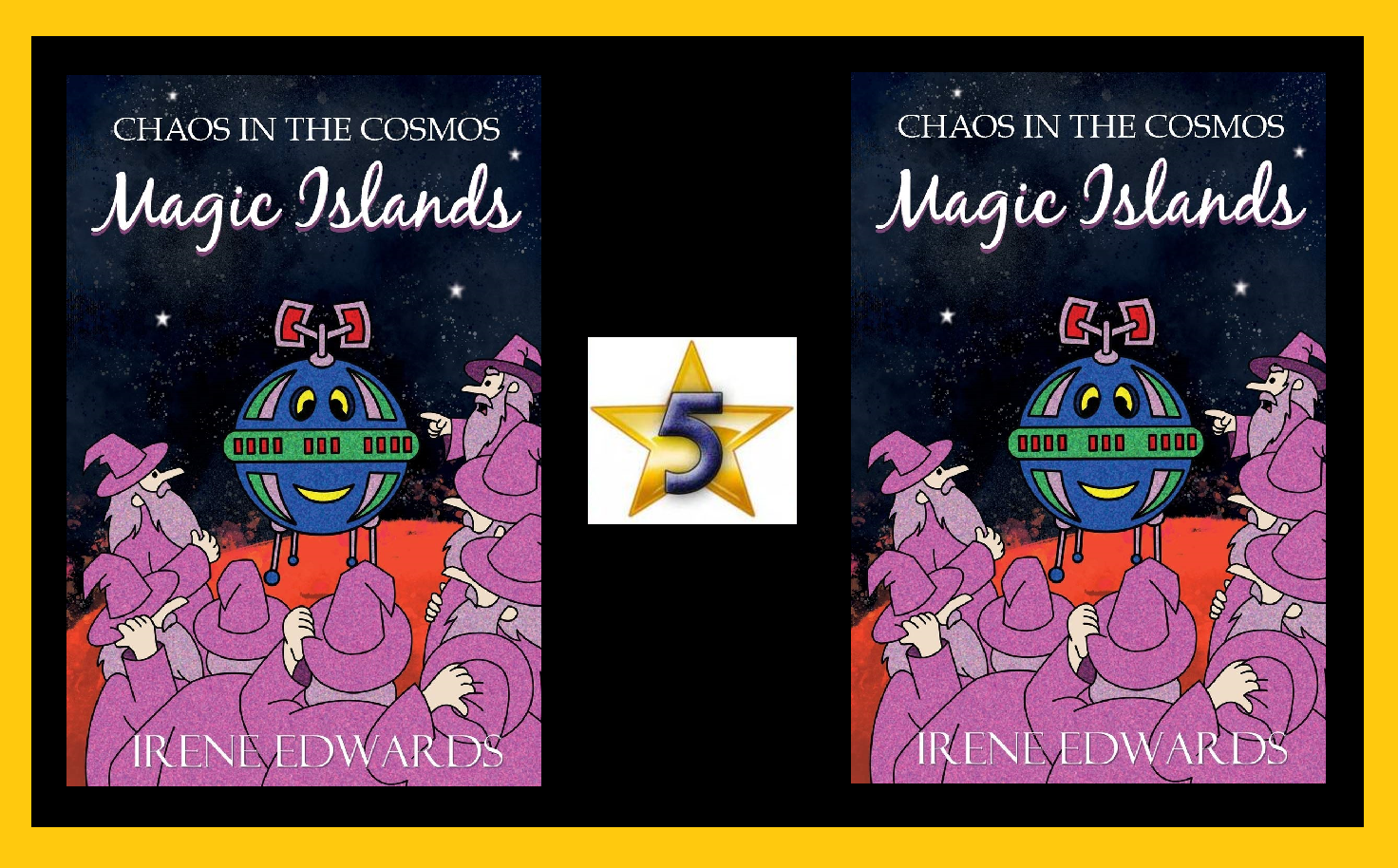 Chaos In The Cosmos: A Magic Islands Story (2) by Irene Edwards

are taken too far, resulting in an urgency to save Planet Earth from disaster before time runs out for the

The story illustrates the way nature can hit out when not heeded or respected, and it shows the impact

climate change can have on our planet in extreme temperatures.

It sets the scene for young readers to learn and understand the effects of a warmer chaotic world, and

aims at promoting such concepts through storytelling and adventure, thus exposing some of the global

issues surrounding planetary warming, as narrated and visualized through the eyes of magic and fantasy.

There are obvious links to the first book in the series ‘Magic Islands’, and in this second book we meet

‘Chaos In The Cosmos’ (Magic Island Story) is book two in the ‘Magic Island’ series. In this wonderful

there once existed a small group of islands. They were mysterious islands, often believed to be magical

Your child will enjoy the familiar characters Stefan and Megan, if he or she has read ‘Magic Islands’. Some

of the chapter titles include ‘Hook Eyed Monsters’, ‘The Spacecraft’, ‘Landing on Mars’, ‘Morning on the

Golden Puddle’, ‘Merlin’s Cave’, ‘The Red Wizards’ Tower’, ‘A Hiding Place’, and ‘Believe It or Not’ to name

The Story Begins: ”The story begins when the “Magic” happens, and the Purple Wizards are sent spinning

from the Magic Islands to the Red Planet, Mars, where they experience a Space adventure on the mystic

planet and its hidden Underworld.

…..In order to escape from the Underworld and from Planet Mars, Izzy Odorous and his gang of Purple

Wizards are faced with having to regain their own powerful magical strengths. With newly regained

powers, they mischievously venture out on a magical mystery tour and later threaten danger to the well

being of the entire Planet Earth.

…..Scratchit is the much feared, adorable, baby Hook-Eyed Cyclops Monster, who creates havoc by way

of his very own busy magical mischief, as he whisks the children, Stefan and Megan, on a terrifying journey

to the Magic Islands.

…..But when the children are confronted with the impending perils of global warming, they are also faced

Let me bring you into the story here:

…..“Cheer up, Megan. Let’s get away from these sand dunes and shelter somewhere cool, such as the

…..How could she feel cheerful? She stood up and trailed after Stefan as he headed for the caves at the

…..“Do you think the caves will be a safe place for us?” Megan frowned. “They can’t be. Some of the rocks

on the coast are tumbling into the sea?”

…..“Perhaps they may be safe enough, but I’m not really sure. At least the caves will offer shelter from the

sun. I feel so cross with Scratchit today. The silly little Cyclops has brought us here and dumped us on

these islands,” Stefan mumbled in annoyance.

…..“But, I’m seriously worried, Stefan.” Megan sighed in despair, “What if…we really are alone on these

Magic Islands, and there is no one here, to help magic us back to Wales? What if…there is no food for us

to eat… or fresh water to drink, and we dehydrate?

My Thoughts: Author Irene Edwards teaches children about planet earth and the cosmos in this fun,